12 Secrets of the Caucasus

Essad Bey, the sickly son of an oil millionaire from Baku, Azerbaijan, receives permission from his father to spend the summer with his „milk brother” (that is, with whom he was nursed by the same Caucasian nanny) Ali Khan, passing the holiday in his home village in the wild Caucasus. So the two set out, under the custody of a wise attendant, into an archaic world in which chivalry counted more than buying power and poets were more highly regarded than princes – into a country in which, as a kind of curiosity shop of world history, all that is outlived and forgotten was loyally preserved.

This is Essad Bey’s second book, which was first published in English in 1931. In it the author draws upon his Oriental imaginative powers, conjuring a vast panorama of the Caucasus, its people and customs. The result is a fresh and densely atmospheric work, even if not always laying claim to scientific accuracy. Often adding a touch of imagination, the author succeeds in bringing the heart and soul of this archaic world to life, which he had himself experienced and learned to love as a child.

With an afterword by bestselling author Tom Reiss 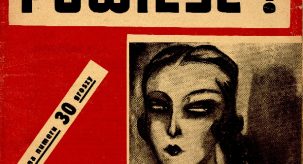 “The Agony of Essad Bey” DVD